Florida is knows as the “Sunshine” state. It is uniquely positioned geographically in the southeast portion of the United States with coastline for almost 80% of its border. But, why is it called the that? Florida is called the Sunshine State because of its subtropical to tropical climate and annual average of 230 days with sunshine. This nickname was officially adopted by the Florida state legislature in 1970.

I have experienced that there is a disadvantage to this state with an east and a west coastline and the tropical climate is that it becomes more susceptible to hurricanes. I  said that Florida sticks out like the thumb on a hand. And for every advantage there is an equal and opposite disadvantage. Here is a listing of just some of both. Also, if you want more statistics about the state, you can find it here. OK, so that’s the official description and some statistics, but let’s enjoy some of the aesthetics that I can share with you, some visuals of the “sunshine” state. 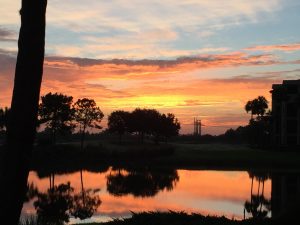 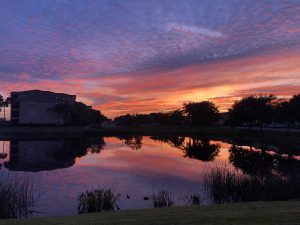 What a great way to start the day by seeing something like the above! I am not saying that there are not great sunrises and sunsets in other areas of our great country but enjoy these. 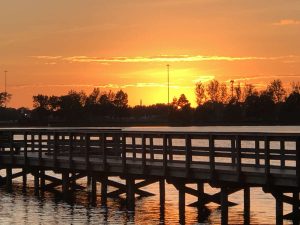 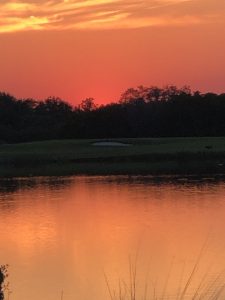 There are the benefits of the mild winter and no snow and there are many times challenges with the oppressive summer humidity. Although, it may be less than further north because of the coastal breezes by having ocean on both side. I have found that there are certainly collateral benefits to sunshine especially when there is rain in the atmosphere. 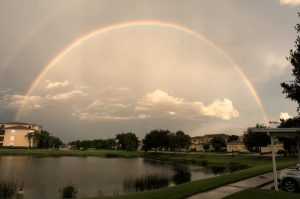 Another of the many advantages in the “Sunshine” state is also the ability for year round sports, in particular golf. There are over 2 million golfers (and I must say that I am one of them) that visit this state on an annual basis with over 1,100 courses to play. Almost half of them are public courses. 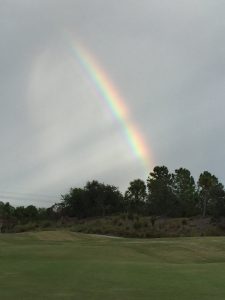 Throughout the state I have found the landscaping and wildlife to be astounding and variable; from tropical plants, to reptiles, birds, and more. Take a gander at some examples below. 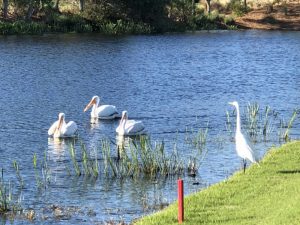 I have seen a flock of White Pelicans land in a pond. They are very large birds with a wing san up to 8 feet. They are seen mostly in February – March timeframe. This seems to be the time of fish spawning and they work as a team (gives a whole new meaning to teamwork) to corral them and then dunk underwater for a great meal. Fun fact, (more in the Pelican link below) is to watch them in action as I had a chance to.

And, best of all

Last, but not least, a creature that is feared by many, but fascinates many Floridians, the alligator. As a matter of fact, it is the official Florida state reptile and the mascot of the University of Florida. One must respect them, though, and I enjoy them from a distance, especially while playing golf. During the cooler months they are known to be on the fairways sunning themselves. If your ball gets close to one, move on to take a shot from further away (preferentially, without taking a stroke penalty). 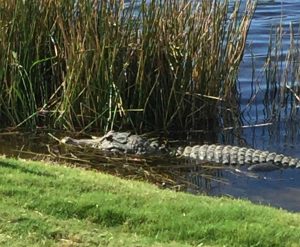 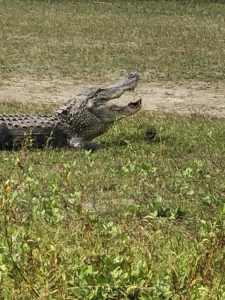 In summary, so many people come to Florida for the tourist places such as Disney and Universal studios just to name a few. While there, take a few moments to sit back and enjoy all the rest that is offered in the “Sunshine” state.