When I first got out of the service, I worked as a tester at a large corporation. It was very boring and repetitious. I remember thinking that I couldn’t do this for my entire life. Since I always loved working with electricity, I decided to go to night school and get a degree. I learned that companies looked very favorably on employees that want to better themselves. So, when I applied for a group leader job at that same company, I got the job. 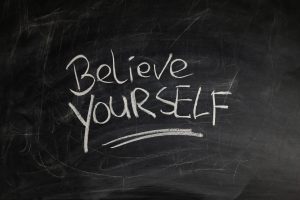 The company was moving to Florida and I was offered a position. However, I still didn’t finish my degree and learned that I would lose a lot of credits. So, I decided to look for another job. Luckily I was hired at another company with the condition that I finish my degree.

It was my passion to climb the ladder in the business world. I believed in myself and I did what it took. I actually made it to VP of Operations. In looking back, the power of believing in yourself played a major role in my success.

Don’t be Afraid to be an Entrepreneur

Throughout my life, I was always trying to either make something better or new. I always had difficulty hanging pictures, so I decided to make a tool to help me. It is called the Handy Picture Hanger. In an effort to get my tool out in the marketplace, I joined a couple of I & E Clubs. (Inventor and Entrepreneur). They were very helpful and I learned a lot. Plus I developed a powerful network of people trying to accomplish the same thing. We actually helped one another. Unfortunately, my tool wasn’t that successful. I got it in a few stores and online but the sales weren’t too good. People did like the tool but I learned they only wanted it when they were hanging pictures. They wouldn’t buy it and have it sit around till they need it.

Believe in yourself and don’t be afraid to take that plunge into the unknown of your own business. How many successful companies actually started in their garage? Many come to mind such as Disney, Apple, and Amazon. In fact, it is through this business that I discovered a great leader regarding Stock tips. The company is called Intraday Tips.

So believe in yourself. The power of belief will get to achieve the things you always wanted.