My first experience in a newspaper teamwork setting as a full-time photo-journalist was at the White Mountain Independent in Show Low, Arizona. It didn’t feel like I was joining a team when first starting out. My duties were not well defined, and the publisher was not forthcoming with any useful guidance.
Once must realize we were new to each other. I was thrown into an open cage with other animals who had no idea what I could do, and conversely I had no clue as to what their boundaries were. Consequently, we became a delightful convergence of unknown participants exploring unknown outcomes.
Lucky for me, one veteran writer set the stage for friendly cooperation by introducing herself and asking if I liked animals. I said I’d had a pet or two and would probably have one again at some point in the future. 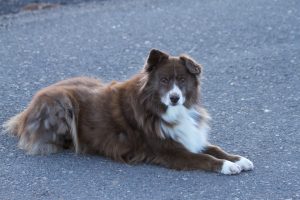 She suggested a visit to the local animal shelter. She said we publish their pictures when they have a dog or cat up for adoption, but their snapshots are terrible. Jo said you might be able to help them, and us by getting good shots for publication.
What a stroke of genius teamwork on the part of Jo Baeza, and a great example of Leadership. It was also a relief for me, as I had a mission I understood and knew how to accomplish. With that opening door, writers, ad people, and other contingent staff slowly opened up. They soon suggested more avenues of responsibility for me, and also lightened their own work load.

After a few of the reporters had me tag along on their assignments relieving them of photo duties, a loose cooperation between us formed. As a result, they would ask me if I was free at such and such a time and could I come to this, or that event. I jumped at each opportunity, and fellow staffers were grateful for not being shackled with the responsibility of photography.
Most of the time they said; ‘I owe you.’ I usually responded with; ‘That’ll be fifty bucks.’ 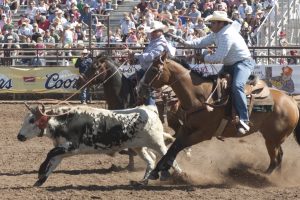 These routines evolved into a newspaper teamwork situation. You help me, I help you. In this manner we began to know each other, and discovered our relationships were a handwashing situation.
Readers began to call the newspaper and ask to speak to the photographer. Because readers usually had an event or some circumstance they thought was important enough for at least a picture. Inevitably, when my business cards arrived, I passed them out at whatever event I was covering.
Additionally the publisher factored into the teamwork idea. He fostered the notion of being a loose family of individuals working together with the same goal; a good newspaper enticing our readers to delve into the news with interesting stories and good photography. We shared birthdays with cake, refreshments, and birthday cards. People brought in casseroles, brownies, and sometimes chocolate chip cookies to share, with or without birthdays. 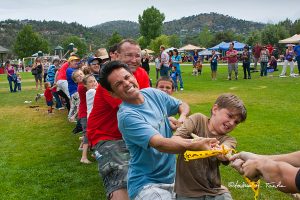 Accordingly, teamwork did not seem like work but more like ‘we are in this together’ and forged lifelong friendships for some of us. This is one of the many outstanding aspects of a cohesive unit of people working together; friendships are formed, people begin to understand each other, and find their strengths as a team.
We were allies. We were a team pulling the same rope. A motley crew of individuals working toward the same goal, and having fun doing it. That’s newspaper teamwork for ya.

To view more images by the author. Click here.