The Academy Awards best picture in 1974 was “The Sting.” Set mostly in Chicago in September of 1936, it is the story of two con artists who organize a diverse band of their associates in a complicated confidence trick to seek revenge on a powerful organized crime boss. They quickly gathered the needed people, created the required venue and set the complex plan in motion. Even more quickly, they were gone. In the confidence game, I suspect that is a good thing. 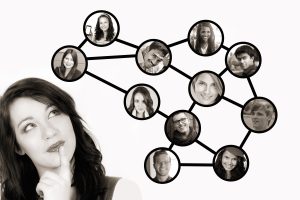 Have you worked on the inside of a convention, conference or other large-scale/short-term event? If so, you might appreciate the challenges faced by Henry Gondorff (Paul Newman) and Johnny Hooker (Robert Redford). The work can be incredibly stressful, but ultimately very rewarding. A critical task for event managers is actually one of the first: creating the team. The human resource can be the make-or-break element in the success or failure of any major event.

One of my most fulfilling career experiences was concepting and managing a daily newspaper for a five-day convention that attracted 20,000 delegates to a college campus while the students there away on break. This was back when newspapers were considered to be the best sources of timely information. Although our missions were very different, the process for bringing people together for the fictitious con game in the southside Chicago suburbs was eerily similar to what we did to create an event team for our project just down I-57 in the Illinois twin cities of Champaign-Urbana.

Are you creating an event team? If so, you might want to consider those similarities to ensure success and increase “your number” in the eyes of convention directors.

Your foundational knowledge of what has to be done is critical. In “The Sting,” the con artists knew how to run a wire-based gambling operation, tap into real horse races using unfamiliar technology and quickly create a convincing setting with people who would naturally be seen there. They also had a network, a simple list of names they called “the sheet” which they used to find people to fill needed roles.

The newspaper team that I supervised had to have the right combination of writers, editors, designers, photographers, and support people to run the office and deliver the newspaper to dozens of sites every morning. We also needed an existing newspaper to help with production and to print each edition. My experience in community journalism gave me both the knowledge of networks necessary to making this connection and the confidence that it could work. If you don’t have both, enlist the help of someone who can fill that experience gap as a pre-event and on-site advisor.

Find and empower the right people

For event teams, it’s easy to pull in co-workers you know, and it’s certainly important to have some “familiar faces” with you to give yourself a bit of a comfort zone for support. Henry Gondorff’s inner circle was comprised mostly of long-time confidants, their relationship obvious in the movie given the simple nonverbal but very effective communication he used to recruit them. One of my closet co-workers was the associate editor of our newspaper, and the person I relied on for advice and reassurance when the stress was almost unbearable. In part, that experience for me created the foundation for a good friendship today.

However, some of the secrets to success in building teams in a more permanent work setting aren’t as applicable in events. It’s hard, for example, to build deep trust in a short period of time. On the other hand, diverse teams of experienced people who can quickly adjust to change and have the freedom to exercise their skills to make things happen somewhat independently will make things easier for you or those tasked with managing them on site. Gondorff did that in building his team, and so did we, relying on each person’s adherence to a shared vision and work history instead of first-hand knowledge based on recent cooperative ventures.

Give people what they need to perform their roles. Let them help with that process if they offer to do so. New members of Gondorff’s operation were allowed to choose appropriate clothing for their roles from a rack in the bar where they were interviewed. One older Englishman was encouraged to pick out a nice tweed suit, but politely turned down the offer, noting that he brought all needed apparel for his roles with him.

As my project teams evolved over a nine-year period from 1987-1995, we abandoned our typewriters and started to use computers. Most of the writers didn’t own one, so a key member of our management team – someone who would have fit right in on Gondorff’s team, I suspect – creatively secured different kinds of desktop systems from a variety of sources. We then focused on a training session when the team first gathered on site so everyone could get comfortable with the equipment and the process for using it. A couple of people brought their own computers, and we wove them into the network.

Apprehension and a desire to “get it right” can cause us to hold on to anything — or any part of a process — too long and too tight. When I was looking into buying a long-wheelbase recumbent bicycle and wondered how to successfully ride it well, someone told me to simply steer it with my fingertips instead of my hands to prevent overcorrection. If you know what needs to be done with your event team, find the right people to do it and empower them with needed resources, that is how they should be managed.

During the night before the critical day in “The Sting” started, Henry Gondorff sat up in bed, wide awake, wondering if he had done enough. I remember those nights, too. Just before our con-vention project started, I shared his sense of being confident about our preparation, but uncertain about the result. On the eve of the event, if you’ve done all that you can, it’s probably best to remember one of Mark Twain’s quotes: “All you need in this life is ignorance and confidence, and then success is sure.”

Neal Kunde has managed project teams in both the for-profit and nonprofit arenas, and has experience applying effective communication strategies during transitions in leadership, location, systems and brand. He is certified in change management, a former small business manager and franchise owner, and a writer/editor/blogger who believes in the power of storytelling in business and life.